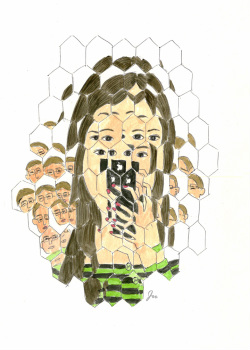 Juyoung Yoo holds a Bachelor of Fine Arts and a Master of Fine Arts from Seoul National University, and a Master of Education and Doctorate of Education from Teachers College, Columbia University. Juyoung has worked at several art institutions both in New York and Seoul, Korea including the Whitney Museum of American Art (research fellow), the Noguchi Museum (museum educator), AHL Foundation (archive fellow), and the Seoul Arts Center (art teacher). She is currently teaching a Foundation of Drawing course at Korea National University of Arts and an Exhibition and Information course at Chung-Ang University. She is also a practicing artist mostly working on illustrative paintings and participatory projects inspired by her interest in people’s engagements and experiences with artworks in museums.